“What if you wake up some day, and you’re 65… and you were just so strung out on perfectionism and people-pleasing that you forgot to have a big juicy creative life?”

I never considered myself much of a people pleaser, but I think, secretly, I am.  It hurts me terribly when I feel I did not make someone happy or when people do not like me.  I wish I could just ignore them and not worry what they think … but I do.  Maybe in time I’ll learn to forget about them and just listen to me.  I really only have one person that I really care about pleasing:  Wally.

Yesterday I called the local rental car agency to see how much it would cost to rent a compact car for a day.  I expected it to be $30 or $40.  Wrong.  Almost $70.  That takes care of my inspirations to go to the mountains to photograph and interview people.

It’s all pretty silly really.  I live in Lincoln County.  I should focus on the people that live in this area, not “exotic” mountain people. Are they really so exotic or have they been made that way by good writers or photographers?

So, I’ve made local contacts, several of them actually and I am going to make a go of it here, in my neck of the woods.  I’m sure the people are just as fascinating here as they are in the mountains and I do not have to drive hours to get there. 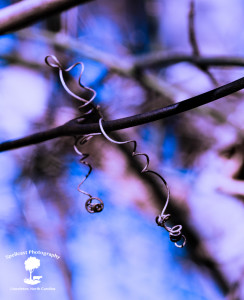 I took my camera back down to the pigs today and I got closer to the image that I want.  Maybe the next time I try it, I’ll get it.  I only have a limited amount of time that they will stand still enough for me to take the picture(s).  So instead, I photographed squiggles. I love squiggles!

“Everyone has talent.  What is rare is the courage to follow that talent to the dark place where it leads.”