I keep trying to get up to speed on raising crops, but something always gets in the way.  I hope that Wally and I can get a dent in getting ready to put crops in this weekend.  He does not have to work so we have two full days to do things around the farm.  Unfortunately, there are other priorities which need to be taken care of such as finishing the fence around what we call the “Dubbit” area.  It is where we have both the rabbits (in their stationary tractors) and now the ducks.  The ducks can squeeze through the field fence so we purchased some wood snow (or erosion) fence to install in front of the field fence.  They cannot go through that and it looks quite nice.

It still feels weird to have goats instead of cows.  Goats are aggravating as all heck, but they are entertaining.  Their milk is starting to taste really good.  It is creamy and sweet, but not quite as smooth as cow milk and it has a bit of a finish to it.  I am not as good about milking them as I used to be.  It has been approximately three years since I last milked goats so I know I lost some of that muscle memory and strength.  Eventually we will be investing in a small milk machine set-up for a number of reasons: one goat, a really nice goat, has small teats that are hard to milk; most of them are still fussy on the milk stand and I am always on guard for a hoof to end up in the milk bucket (it sucks when that happens); the milk will stay cleaner; and given that I have three more years on me I am not sure my hands will hold up to milking four (and hopefully next year eight) goats twice a day. I wish now I had not sold the milk machine with the cows, but hindsight is not worth much.

We now have a new logo: 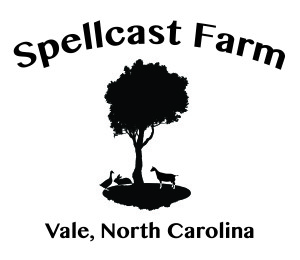 which I will incorporate into our web sites, FaceBook, etc. shortly.  I do not have school today, but I have to go to Hickory this morning to “shadow” a professional photographer as part of an assignment for my Portfolio class.  Speaking of Portfolio and the goats, here are a few pictures of the goats that may end up in the final portfolio: 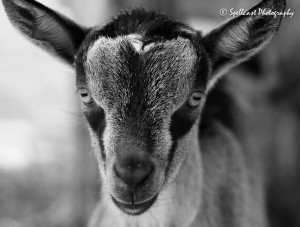 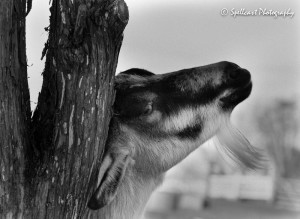 The Portfolio is ever evolving and it is starting to take on a personal feel to it.  I am drawn to types of animals that I have had relationships with over the years.  Last semester’s portfolio was all plant-based and mostly done in the studio.  This year, it will be all animals or animal-related items and their caregivers all done in documentary fashion in natural light.  It is still giving me fits!