My daily photography goal fell short – of course. I see beautiful things all the time when I’m out running around for whatever reason and either I’m late getting somewhere (or really, on time but if I stopped I’d be late), there is no directional light (I’m real sensitive to not wanting to photograph if the light is flat – which is something I need to get over) or – and this is a pretty important reason – where I see something is either somewhere I can’t get to because of how I’m dressed or there’s no trespassing signs.

I found a treasure-trove of cool things very close to the house. I went there once and got great photographs. See one below: 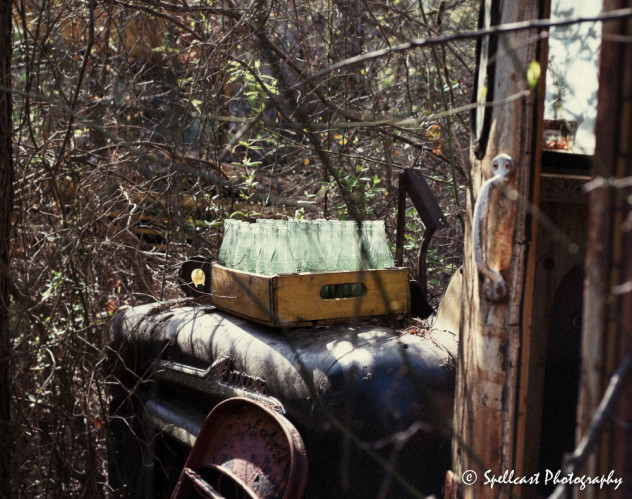 The last time I went there, a deputy sheriff stopped and actually patted me down and searched my car! That was both frightening and humiliating. I could go back there if I were to walk from my house and come in through the back way and I might do that one day for all the cool stuff in there.

So, I am, of course, still taking pictures for work on an almost daily basis but usually those are not anything great. I’ve been attending quite a few wrestling tournaments and those are fun to photograph. Tonight I’m going to a basketball game – which is something I haven’t done in a month or so.

This morning, after feeding and watering the animals, I did some work on the raised beds. We had row cover on them held up by heavy wire, but the combination of the one snow fall we had and the cats climbing on it, many of the hoops bent. The rows stayed covered but it looked like crap. So this morning I replaced the wire hoops with PVC hoops and am going to order row clamps to hold the row cover in place.

Some of the raised beds need repair and we plan to add more to what we have now because this is how we’ll (or I’ll) be growing vegetables, herbs and beneficial flowers in from now on. It seems, although some people who shall not be named, believe that climate change is a hoax, I believe growing conditions are going to get progressively worst. For two years in a row now we had severe drought conditions and horribly hot summers. January 2016 and January 2017 were the two hottest Januarys on record. The goal is to plant vegetables earlier than normal and keep them well covered with row cover just in case we do have a cold snap but waiting until conventional times to plant may not be feasible due to heat and drought.