Wally and I traveled the length of length of Lincoln County and beyond yesterday. We met some relatives of his for breakfast in Shelby then we stopped at Boggs Farm Center so that I could get a bit more for my documentary piece. I think I now have almost all that I need to finish it.

From Boggs we went to the main library in Lincolnton where I had a hold. I’ve always admired Walker Evans and his striking depression-era images as well as the book that he worked on with James Agee, Let us now Praise Famous Men. In this book, the two men documented three families of sharecroppers in the south in the 1930s.

In a new book published in 1989, And their Children After Them by Dale Maharidge and Michael Williamson, the two men go back and see what happened to these families. They also chronicle the rise and fall of cotton in the south. This book won the 1990 Pulitzer Prize for General Non-Fiction.

Both books are amazing and I have a lot to learn from both but unfortunately this damned biology class is taking way too much of my time.

After we chilled out for a bit at home we headed to North Lincoln High School so I could get images and a few more interviews for a story I’m working on for the paper on band roundtable competitions. So today will be spent working on that story and the second I have to write for Monday’s paper. Hopefully I can squeeze some time in to read. 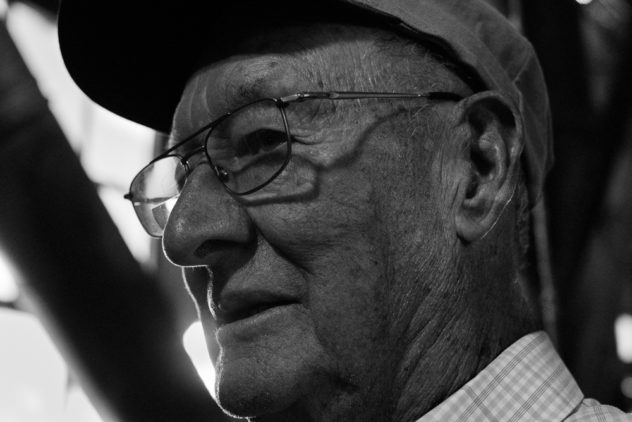 Max Boggs taken October 7 in the building that houses the cotton gin.